The center for government in Madison County is Canton.  Twenty-eight miles south of Canton is the State Capital of Jackson.  Canton has much of the city located in the National Register of Historic Places.  Including one of the cities’ most recognizable images is the County Courthouse.

Canton is famous for its Canton Flea Market.  This bi-annual event is held twice a year on the third Thursday of May and October.  Vendors from all areas of the south come to display their wares at this event.  Another point of interest in the city is that it has a vibrate film industry.  Canton has been involved with eleven movie productions to include “A Time to Kill” and “My Dog Skip.”

The Nissan vehicle manufacturing plant is a large economic driver for the area.

Canton schools are part of the Canton Municipal School District and have Canton Academy, a private school.

Real estate is John's second career, for over 25 years he ran a wholesale automobile auction. Having bought and sold over 13 home during his marriage, John thought real estate was a great idea when he sold his auction company. He has not looked back since! He loves the enviroment and helping people to reach their goals of home ownership.

GET YOUR MADISON COUNTY EVENT GUIDE!

Never miss a thing in the Madison County area! Join a strong tribe of Metro residents who get information about the best restaurants, hot spots, events, outdoors, and other fun Madison County Living activities delivered to your inbox weekly.

Thanks! Keep an eye on your inbox for updates. 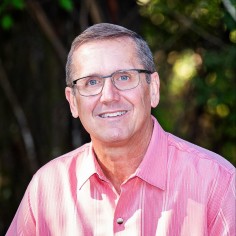